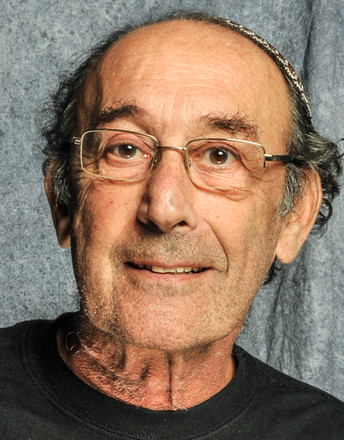 Nathan Ginsbury was born and educated in the UK, went to Israel to study at the Hebrew University of Jerusalem in 1962, immediately after obtaining a B.A. from King's College, London. Formally made aliyah in 1973.

Lived and worked in Jerusalem until 2003, when he and his wife, Rachel, moved to Netanya. Although officially retired, continued to do free-lance translation work, from Hebrew to English, until the end of 2014.

Has 4 children, 19 grandchildren (eleven of whom are now married) and, as of this writing (March 2022), 29 great grandchildren.

Had been interested in photography when younger, and even had a darkroom in the attic once upon a long time ago, but children and mortgages took priority over what was then an expensive past-time. In 2008, took a short introductory course in digital photography and, ably inspired by Rachel, a social worker and artist, hasn't looked back since. Has been taking courses and participating in photo workshops since then.

Together, he and Rachel found that pointing the camera lens in various directions lead to trips in and outside the country, many to places they would otherwise never have thought of visiting. Photography thus gave a whole new dimension to the so-called "golden years", injecting them with new life and renewed interest.

More recently, handling a heavy DSLR camera was becoming difficult, so he started expressing his photographic vision with a smartphone, specifically iPhone models.